Do You Think Hallmark's "Love on Harbor Island" Is a Dud? Take the Survey!

Summary:  An interior designer returns to her hometown to help her aunt run her inn, but while working, she meets a handsome seaplane pilot. 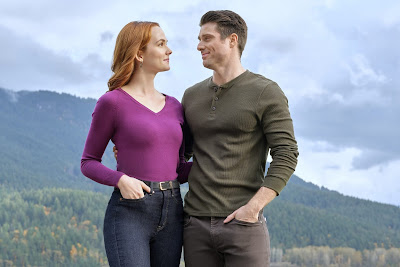 Talk About Missing a Thumbprint!

You might remember Morgan Kohan for her role as Lillian Walsh in When Hope Calls.  Hallmark builds Kohan a bridge to the summer release, Love on Harbor Island, by naming her character Lily Summers.  Nice touch, Hallmark.  You made a thumbprint.
Lily is a talented interior designer who produces impressive results, but when she interviews within her company for a better position, her boss tells her they will "circle back" to the possibility at a later time.  As it stands, Lily's designs lack her "essence" and her "thumbprint," so her boss advises her to find what inspires her.
Hence, the trip home to Harbor Island (plus, her aunt suffers a fall and needs help).
Lily's interior designs aren't the only thing lacking a thumbprint--so does this fictional Hallmark character.  Kohan fails to bring any charisma to the role.  Her voice is a monotone, she sometimes appears to talk without moving her lips, and she seems dull and blah no matter how much she continuously smiles.
Fortunately, Kohan's co-stars shine and carry the load. Marcus Rosner nails it with his performance.  He's handsome, charming, sardonic when necessary, strong, and capable--everything a leading Hallmark man needs to be.  Plus, I'm a sucker for dimples!  Maybe we'll see more of him in lead roles, rather than the supporting ones Hallmark cast him in previously.
Emma Cam (Christie) plays the perfect BFF, and Brenda Matthews is completely endearing as Aunt Maggie.
Even though Jeff Gonek (Bradford) plays the typical unworthy boyfriend who puts his career first and loves his phone more than he could ever love a woman, he captures the essence of his character perfectly.  Did he look familiar?  We saw him in Road to Christmas in 2018.

A middle school English teacher once explained to his Young Authors Club, "You can write a fictional account about anything you want.  It doesn't have to be possible, but it does have to be believable."
The plot holes in this story are significant and unbelievable: 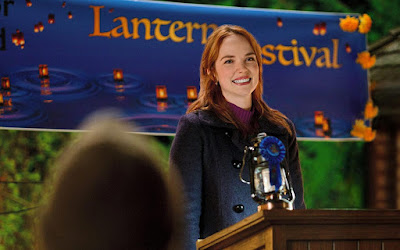 Image:  Crown Media
Come on, writers!
Was this movie Lucie Guest's and Andrea Shawcross's rough draft before they worked out the kinks?  I want my one hour and twenty-one minute investment back!

Can You Be Honest?

Hallmark movie fans nearly have a stroke any time a person doesn't gush over every movie--even when they are bombs with few redeemable moments.
Please don't hyperventilate.
It's a free country--you don't have to agree.  In fact, it's only fair you have a chance to respond with your take on Love on Harbor Island.  Take the poll below and let us know what you think!
polls
#loveonharborisland #morgankohan #marcusrosner