Summary:  When a baker who is known for his brilliantly made bread loses his magic touch, the local islanders panic over their loss and turn to the man's true love for help. 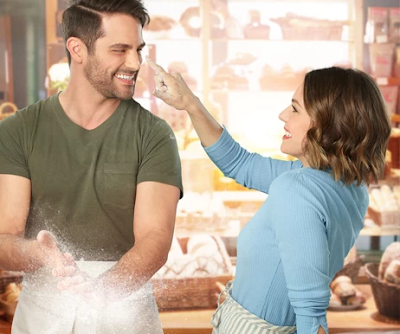 Tourism is down in Windward, so Mayor Walter plans a Pioneer Days Festival to celebrate the island's 200th anniversary. 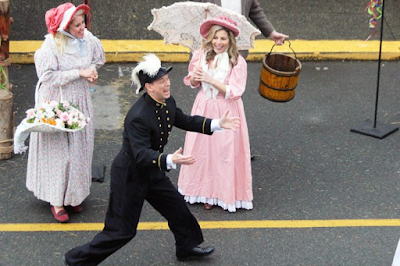 Mayor Walter Rasmussen is played by Haig Sutherland  Image: Crown Media
When Mrs. Dean brings a ballet troupe to Windward, it's just the break the town needs.  Mrs. Dean pulls a few strings, and the news media arrives to cover the story of a ballet company being in town.
Matt Duval (Daugherty) is instantly smitten with the lead ballerina, Nicole (who is a real-life ballerina, by the way).  His infatuation inspires him to bake the best bread of his life.  When the TV crew tastes it, they are impressed enough to mention it in their broadcast, and it's just the plug the town needs. 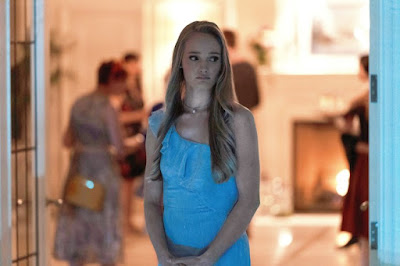 Nicole is played by real-life ballerina, Maude Green.  Image: Crown Media
Travelers flock to Windward for Matt's magic bread, but when Nicole decides to pursue her career instead of a life in Windward with Matt, his bread loses its flavor, and the townsfolk panic.  Patrons are leaving the bland bread on their plates, so residents hatch a plan to help Matt fall in love again so he can return to making his acclaimed bread that will boost their local industries.

Annie McBride has been Matt's best friend since grade school, and they schedule a weekly movie night together, which strikes Matt's ex-girlfriend as weird.  They both consider their relationship platonic, at least until Matt is charmed by Nicole.  At that point, it dawns on Annie that she's loved him all along.  Since it hurts too much to be in the same community and watch Matt fall for another woman, Annie decides to sell her business and move away. 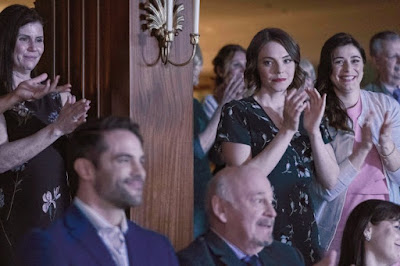 Image: Crown Media
Matt is perplexed by Annie's cold shoulder, finds himself a little jealous when Annie starts dating Philip (the ballet director), and he is gutted when he learns she's leaving town.  The thought of losing her jolts him into the realization that she's his true love.  To prove it, he bakes bread again, and it's his best yet.  He rushes to the ferry to stop her from leaving, but it appears he's too late.  Lucky for him, Annie is still at the dock waiting for the next ferry, they declare their love, and all ends happily.

The Washington island town of Windward is fictional.  The movie was filmed mostly in a Vancouver Island.
For more information on where the various scenes were shot in Vancouver, check out this interesting article.

Our Facebook group enjoys all seasons of Hallmark movies, and we have a lot of fun.  Join us!  You can find us here:
Hallmark Movies-Seasons of Love
Not a fan of Facebook?  You can also connect with us on Gab, MeWe, Twitter, and CloutHub!

You Can Catch Mumford & Daugherty In These Hallmark Movies 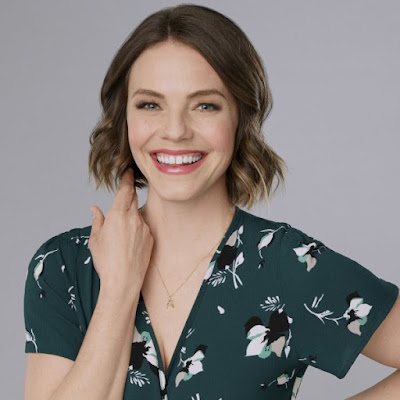 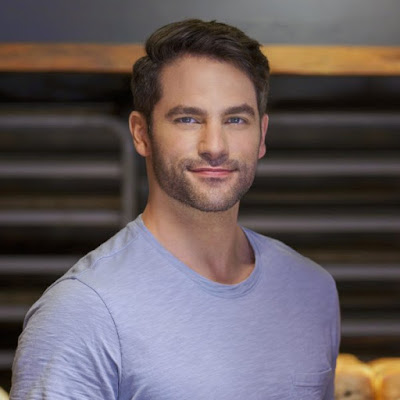 Mingle All the Way (2018)
Timeless Love (2019)
FUN FACT:  When Daugherty was filming the dock scene for The Baker's Son, his wife gave birth to their first son!  They named the baby Wilder David.  You can read more about it here.